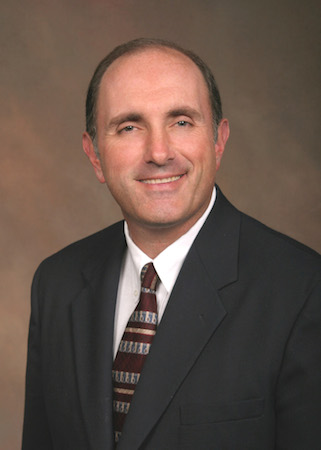 Carter Woodruff became a member of Consolidated Utility District of Rutherford County’s Board of Commissioners in 2005, having previously served for many years as an advisor to the board.  He graduated from Riverdale High School in 1976 and then graduated from MTSU with a Bachelor of Science degree in Agricultural Business in 1980.

Carter has been employed with Farm Credit Mid America since 1980 and is currently a Senior Agricultural Financial Services Officer, serving several counties in the Middle Tennessee area.

He is currently serving as a director on the Stones River Manor advisory board and the Bedford County Fair Association board (he was one of original founders of the fair). He is a member of the American Angus Association and the Tennessee Cattleman’s association.   He formerly served as a member of the Central Tennessee Solid Waste Planning board (representing Rutherford County) and the original Rutherford County Storm Water Advisory Committee.  He is active in working with different groups/programs at Middle Tennessee Christian School where his daughters have attended and his wife is a teacher.

Carter has a sizeable beef cattle operation on his farms in the Crescent and Barfield communities.  He enjoys the old ways of farming with his mules and horses and has heritage implements and tools that he exhibits at fairs, farm events, etc.; explaining how they were used and educating young people. He enjoys hunting, when the opportunity arises, and is an ardent Tennessee Titans fan.

He and his wife Marvene live in the Christiana community and have two daughters, Marianna and Elizabeth.  They are active members of the Fosterville Church of Christ. 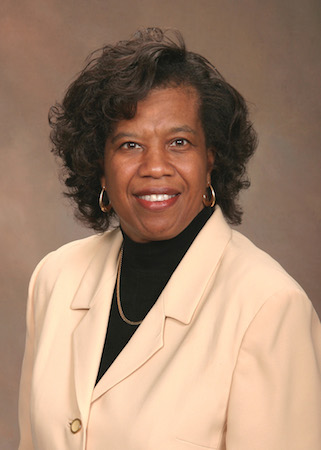 Dr. Owens has served the community as an Advisor for Hospice of Murfreesboro, Advisor for the Tennessee Technology Center, member of the Rutherford County Planning Commission, member of the Education 2000 Task Force, Rutherford County Adult, Activity Center Board, American Heart Association Board, United Way, and Big Brothers Big Sisters of Middle Tennessee – Murfreesboro.

She is a member of Bethel Missionary Baptist Church in Walter Hill, Tennessee. Her husband, son, and daughter are all credentialed educators in Tennessee. 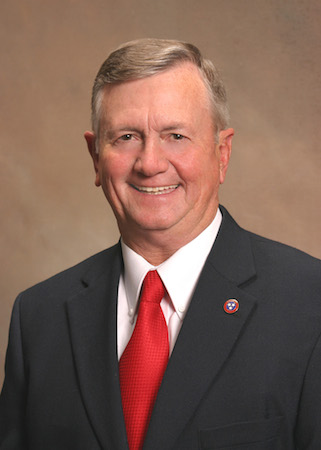 Craig Lynch became a member of Consolidated Utility District of Rutherford County’s Board of Commissioners in 1990 with previous service as an advisor. He is a 1964 graduate of Christiana High School and graduated from MTSU with a marketing major in 1972. During this time period he spent four years in USAF. He became employed in the United States Postal Service in 1980 serving at the Fosterville Post Office. He retired from this position in 2009.

Craig is a former director of the Middle Tennessee Christian School. He serves on the Rutherford County Regional Planning Commission, Farm Bureau Board of Directors, and Fosterville/Midland Volunteer Fire Department Board of Directors. Craig is also a member of the Sportsman Club.

He enjoys hunting, collecting rural items of the past, and entertaining in their log cabin. He likes to talk with others about early history of the community and the county.  He and his wife Pam, live in the Fosterville community, have raised two children, and enjoy managing the family farm. They are both active members of the Fosterville Church of Christ 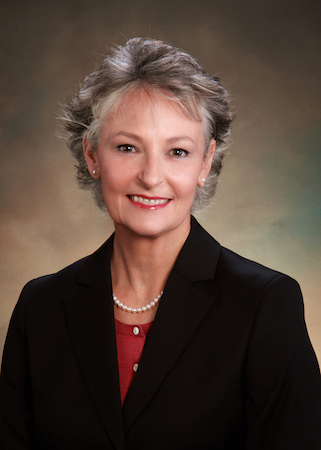 Lynnisse Roehrich-Patrick became a member of Consolidated Utility District of Rutherford County’s Board of Commissioners in January 2017, before which she was an active Board Advisor since February of 2007. Ms. Roehrich-Patrick is the former executive director of the Tennessee Advisory Commission on Intergovernmental Relations, a state agency formed in 1978 to serve as a forum for discussion and resolution of intergovernmental problems affecting Tennessee residents. Ms. Roehrich-Patrick was a founding member of Cumberland Region Tomorrow (CRT), represented Rutherford County on its board from 2000 to 2018, and chaired the board from 2016 to 2018. CRT is a nonprofit organization that brings people together to address regional challenges and opportunities created by growth and development in Middle Tennessee.

Ms. Roehrich-Patrick served on the steering committees for Rutherford County’s 2011 comprehensive plan and its 2017-2018 solid waste study and for the City of Murfreesboro’s land use plan for the Blackman community, where she and her husband, Steve Patrick, have lived since 1985.

Hassel B. “Trey” Smith, III became an advisor to Consolidated Utility District’s Board of Commissioners in June 2011 and transitioned to the role of commissioner in January 2022. He is a 1989 graduate of Webb School, Bell Buckle, TN. He received a BS in Agricultural Economics from Auburn University, Auburn, AL in 1995.

Trey has been employed by Tennessee Farmers’ Cooperative in LaVergne for 26 years and is currently the manager of the Ag Equipment USA and Petroleum Departments. He also serves as a Board member for Rutherford County Farm Bureau. Trey is a 2012 graduate of Leadership Rutherford.

Trey resides on his family farm, in Lascassas, raising pure bred Black Angus cattle with his wife Jennifer and their three children. They are members of the First United Methodist Church, Murfreesboro. 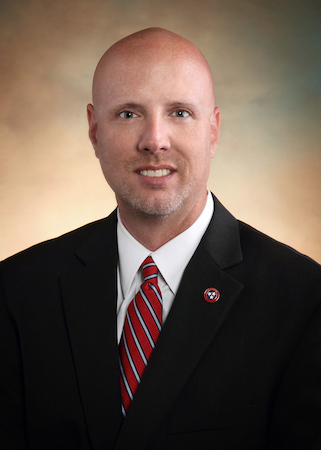 Chip Pinion became an advisor to Consolidated Utility District’s Board of Commissioners in January 2017. He is a 1995 graduate of Union City High School in Union City, TN. He received a bachelor’s degree in Engineering from The University of Tennessee at Martin in June 2000.

Chip is an Electrical Engineer and is currently employed by Duck River Electric Membership Corporation He is a member of the Rutherford County Regional Planning Commission. He also serves on the Advisory Board of Directors for the University of Tennessee at Martin’s School of Engineering. He has served as a Volunteer Assistant Girls Basketball Coach at Riverdale High School and Middle Tennessee Christian School. He’s a 2016 graduate of Leadership Rutherford.

Chip enjoys going to NASCAR races and camping with his family, hunting, and golfing. He resides in the Eagleville community along with his wife Mandy and their two children Paige and Tryson. 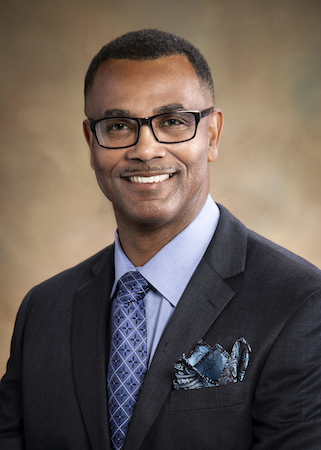 Allen Swader became an advisor to Consolidated Utility District’s Board of Commissioners in February 2018. He received a bachelor’s degree from Carson Newman University and has completed a multitude of fire-related courses.

Allen is a native of Rutherford County and has been employed with the City of Murfreesboro Fire Rescue Department for 28 years. His career began with the department in 1990 as a firefighter and promoted to fire inspector in 1996, advancing to the rank of Assistant Chief in 2001. He is State certified as Officer 1 and 2, Instructor 1, Safety Officer, Fire Inspector 1 and Medical First Responder. He was also the first Public Information Officer to be appointed to the department.

Allen resides in Murfreesboro with his wife, Lisa, and their two children, Zion and Amari. 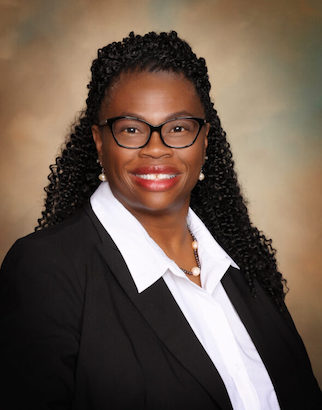 Dr. Robin Blackman joined the Board of Commissioners for Consolidated Utility District of Rutherford County as an Advisor in January 2022. Dr. Blackman graduated from Middle Tennessee State University (MTSU) in 1989 with a bachelor’s degree in Business Administration/Computer Information Systems. She then earned a master’s degree in 1991 from MTSU in Accounting and Computer Information Systems. In 2003, Dr. Blackman received a doctorate from the University of Tennessee – Knoxville in Instructional Technology.

Dr. Blackman volunteered for several years with Big Brothers Big Sisters of Middle Tennessee, and she serves as Treasurer for the African American Heritage Society of Rutherford County. 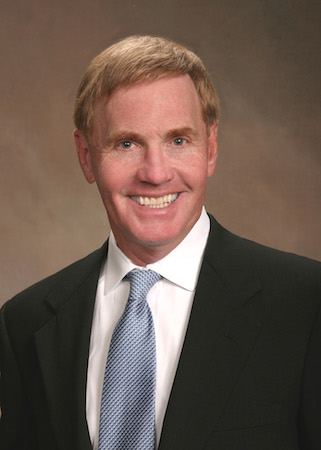 John L. Batey, Jr. has been associated with Consolidated Utility District of Rutherford County since the 1980s and served as the President of the Board of Commissioners from 1986-2021.

He is a native of Rutherford County. Raised in the Blackman community, where he still resides, he is a sixth-generation farmer. John graduated from Central High School and received his degree in Agriculture from MTSU. During the 1960s, he served for several years in the National Guard.

He is a past president of Rutherford County Farm Bureau, for which he serves as an active board member. He is also a past chairman of Farm Service Agency and served on the state board as well.

John has been a board member of the Rutherford Coop for many years. He is active in Tennessee Pork Producers and has served as president. Currently, he is co-chairman of Cumberland Region Tomorrow, which is a long-range planning group for Middle Tennessee. He is involved with the Blackman Community Club and the Sportsman’s Club, among other community interests.

He is married to the former Melissa Weatherford and has three children and six grandchildren. He is a member of the Blackman United Methodist Church.